RIZA-KUFTA
Kufta is a Middle Eastern meatball usually made of ground lamb or beef formed into balls, large or small. It is very popular in Azerbaijani cuisine. The word “kufta” (or kyufta) is derived from the Persian word “kuftan,” which means “to beat” or “to grind.”
There are two kinds of kufta: with rice and without. Riza-Kufta is made without rice, cooked in tomato sauce, and served as a garnish to pilaf or pasta. The name of the dish came from Iran in the 19th century. The personal chef of the Iranian Shah Abbas the Great, Nur Allah, named the dish “Riza Kufta” after Riza Khan, a prominent figure in Iran and the author of a book on Persian cuisine.

Preparation:
Preparing the sauce.
Peel the onion, cut it in half, and slice it into thin half-rings. In a saucepan melt 2 tablespoons of butter and fry the onion until it is lightly golden. 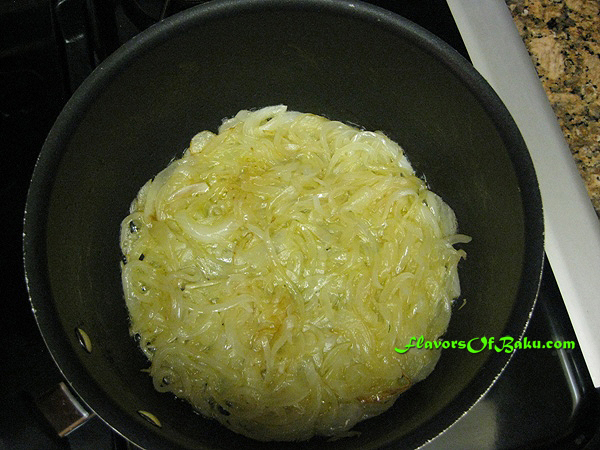 Add skinless chopped tomatoes (you can use canned tomatoes), finely chopped cilantro (save some for garnishing), vinegar, sugar, and salt and pepper to taste.
Mix all the ingredients well, cover the saucepan with a lid, and steam for 15-20 minutes over the low heat. If your sauce is too thick, just simply add some meat stock or water to it. 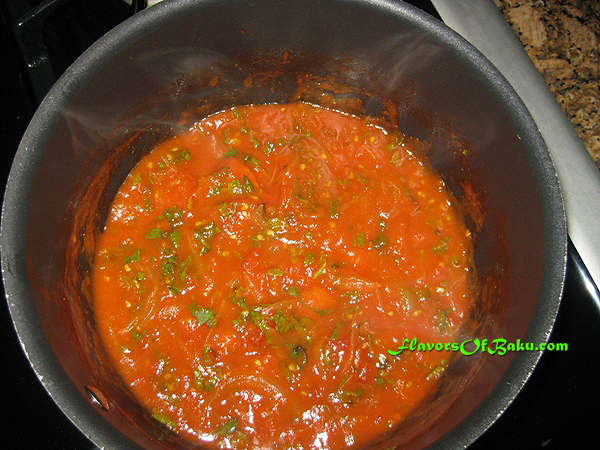 Preparing the Kufta.
Place the ground meat into a mixing bowl, season with salt and pepper to taste, and mix it well using your hands.
Moisten your hands in water, shake off the excess, take a small amount of forcemeat* (about the size of a large tablespoon) and roll it into a ball. Put the ball on a plate and repeat with the rest of the forcemeat. 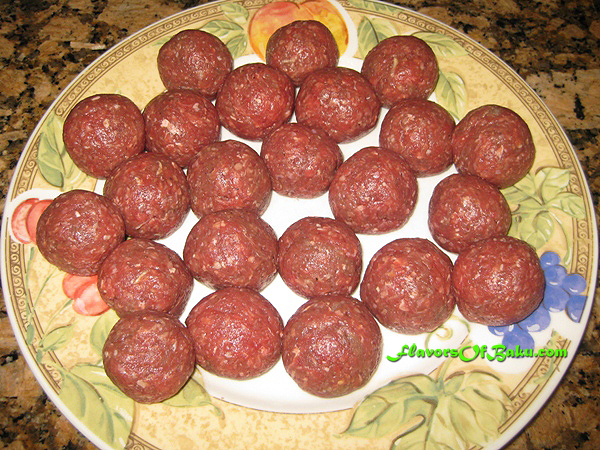 Preheat a frying pan with 2 tablespoons of clarified butter (or oil). Place the meatballs into the frying pan and fry them over medium heat until golden brown on all sides. 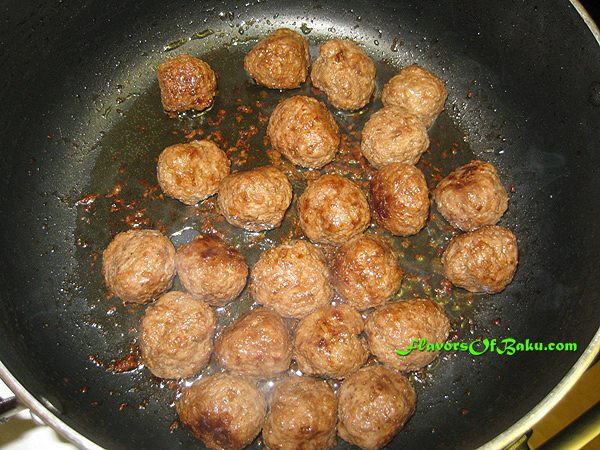 Move the meatballs into the saucepan where you cooked the sauce, cover the pan with a lid, and steam for about 15 minutes over low heat. 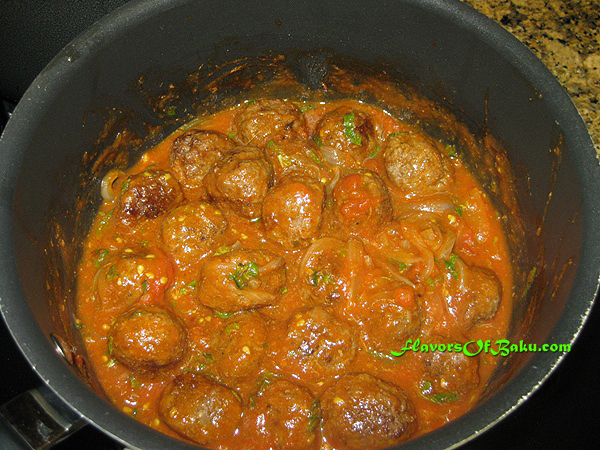 *Forcemeat is a combination of ground meat, fat and seasonings.