OSH YARPAGI is the dish of the Mountain Jews from Azerbaijan.
Mountain Jews are well known for their delicious cuisine. Many of dishes have been influenced by Azerbaijani cuisine and often share almost the same names as their Azerbaijani counterparts, but the Mountain Jews have their own, strictly national dishes as well. One is Yarpagi (yar-pa-khi)–cabbage leaves stuffed with chopped meat and cooked in a sour sauce. Yarpagi is usually served with Osh (rice). 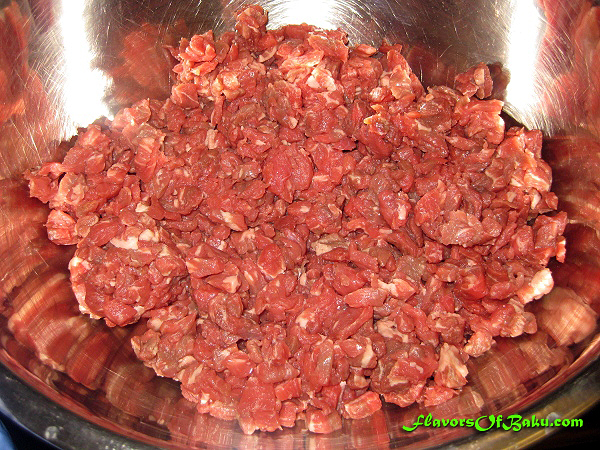 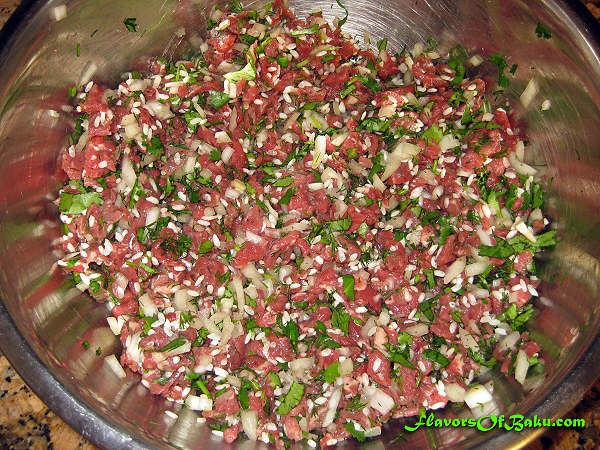 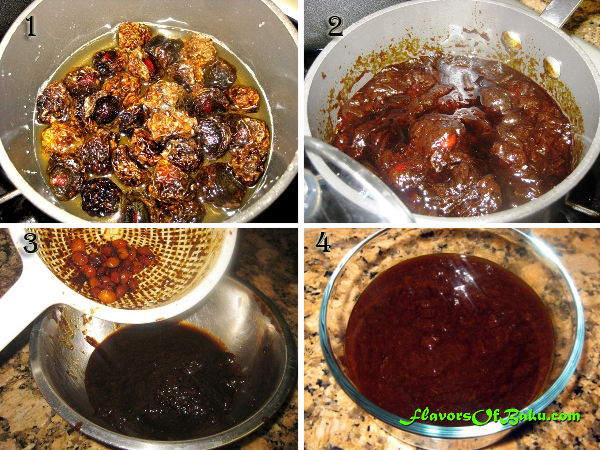 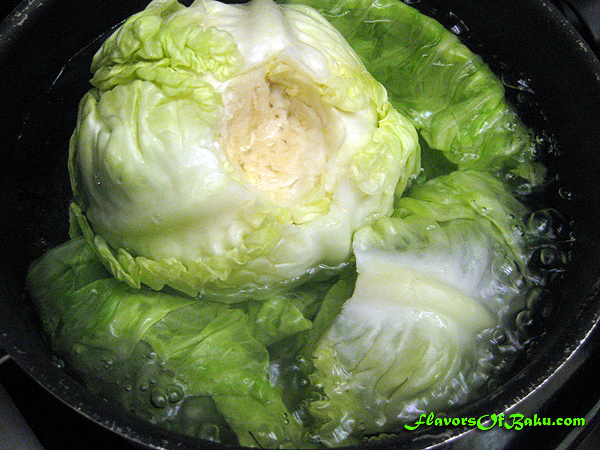 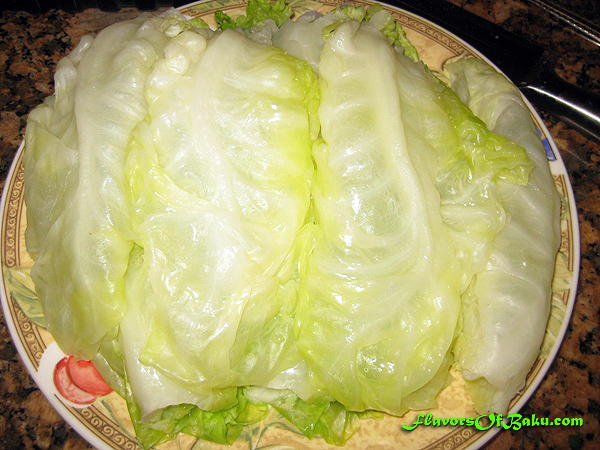 Preparing the Yarpagi .
Place the meat filling (about 2 table spoons) on the leaf and fold the leaf into shape of square or rectangle, making sure the sides and corners are fold tightly. 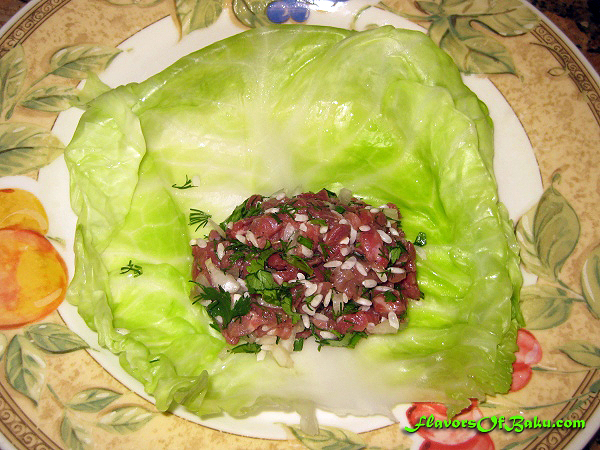 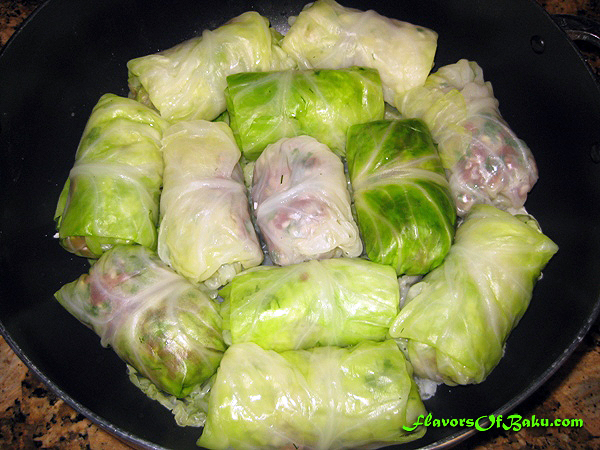 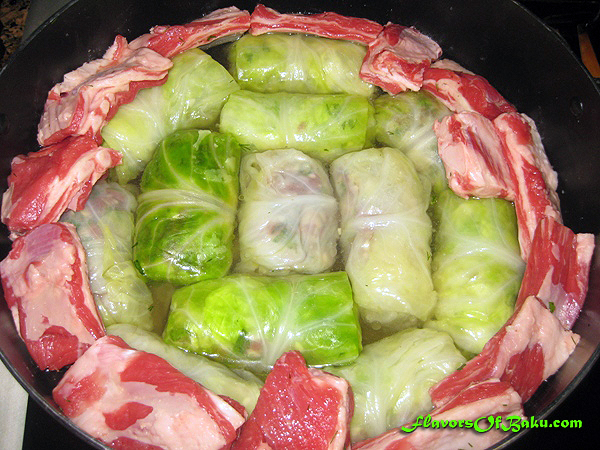 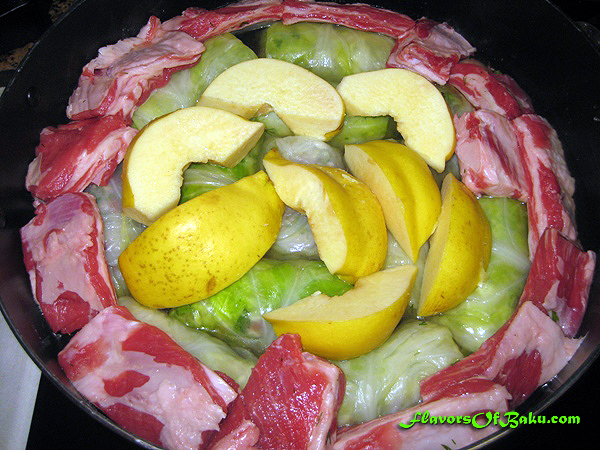 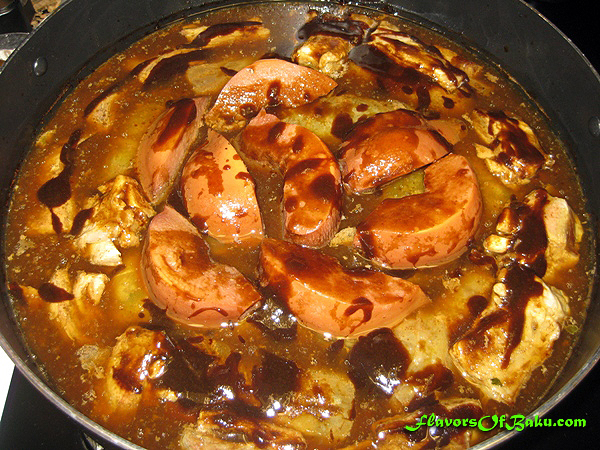 Cover the lid and cook for another hour over a very low heat. 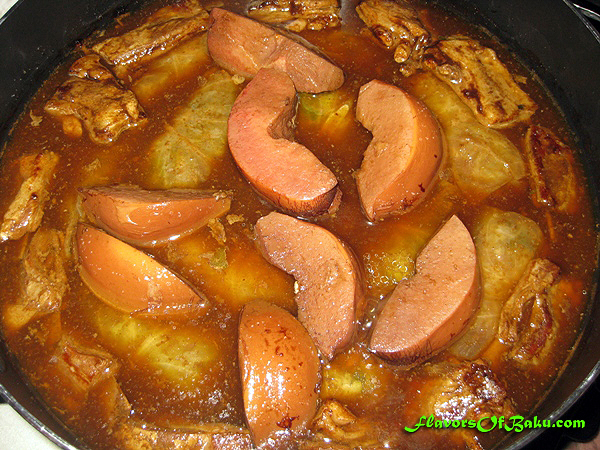 Preparing the Osh (rice/pilaf).
1. Rinse the rice thoroughly in cold water several times until the water stays clear, to remove excess starch.
2. Fill a pot (or saucepan) with water, add salt, and bring it to a boil. Place the rice into the boiling water. Stir, lower the heat to medium, and let it cook for 10 minutes (cooking time is depending on the quality of your rice). Cooked rice should be soft on the outside and hard inside, but not raw and not overcooked.
3. Strain the rice using a colander, and rinse with a hot water, to wash out an extra salt.
4. Move the rice into a pot.
5. Wrap the lid of the pot in a tea towel and cover the rice. Cook over a very low heat for about 45-60 minutes. Put a heat diffuser or a pan under your pot to prevent burning. 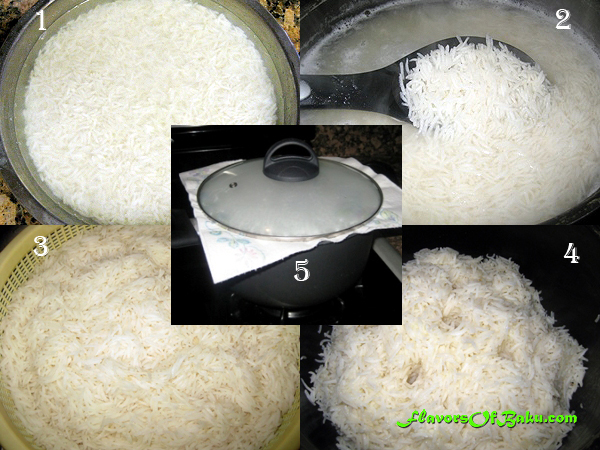 Serve Yarpagi with Osh, generously pour the sauce over the rice. 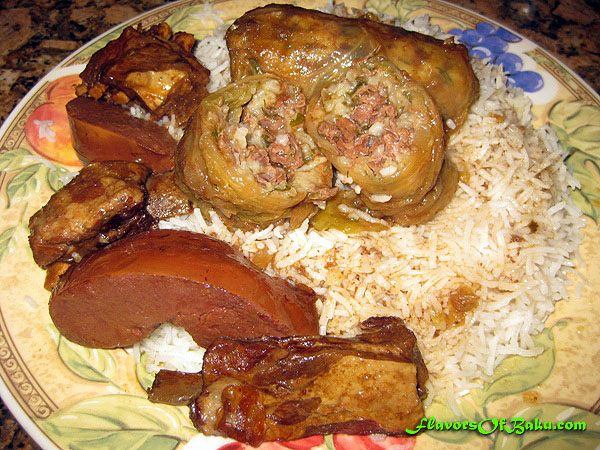