JIZ-BIZ is an Azerbaijani dish that is traditionally made with fried sheep liver, kidney, lung, heart, and intestines. Each of the components have to be cooked in a specific order and preparing them requires the use of some very special techniques. This recipe, however, is a simpler form of Jiz-Biz that only incorporates lamb or cow liver. This isn’t exactly the healthiest dish in Azerbaijani cuisine (beware if your cholesterol is high!), but it is nutritional, delicious, and easy to prepare if you’re short on ingredients, money, or time.

Preparation:
Preparing the onion and liver.
Peel the onion, cut it in half, and slice it into thin half-rings.
Melt two tablespoons of clarified butter in a skillet over medium heat and sauté the onion until lightly brown. 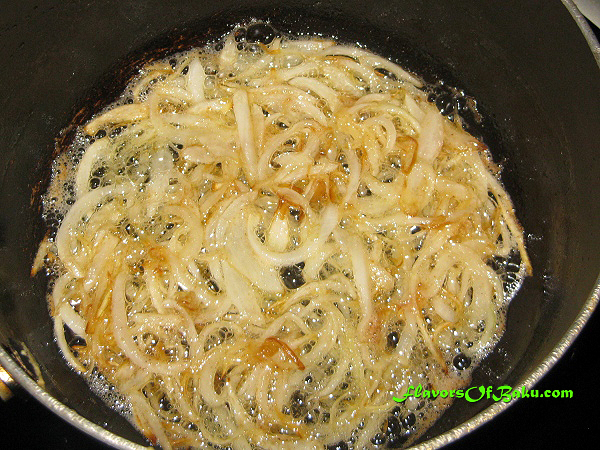 Cut the liver into pieces (about 1″ cubes) and add them to the skillet. Fry and stir the contents of the skillet over medium heat until the liver chunks become golden brown on all sites. Add salt and pepper just before it’s done cooking. 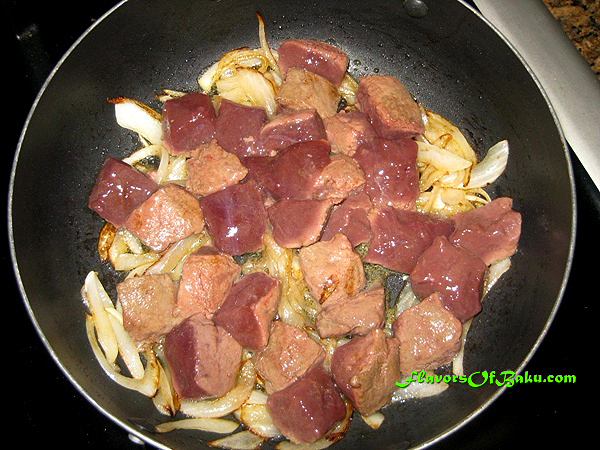 Preparing the potatoes.
Peel, wash, and dry the potatoes. Then, chop them into small chunks (the same size as liver cubes).
Melt two tablespoons of clarified butter in a separate skillet over medium heat and fry and stir the potatoes until they’re golden brown. Add salt at the end of the cooking. 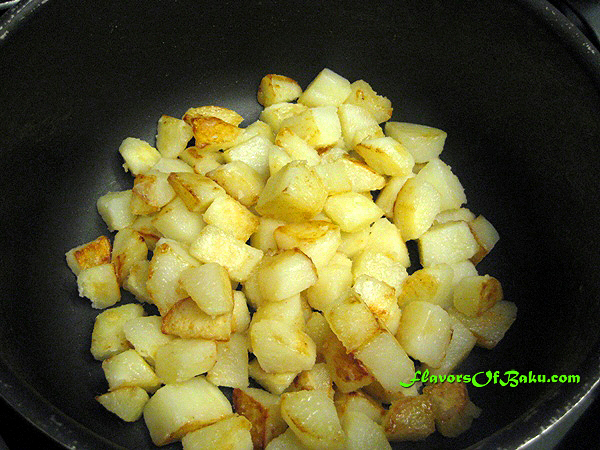 Move the cooked potatoes into the skillet containing the liver and onion and mix. 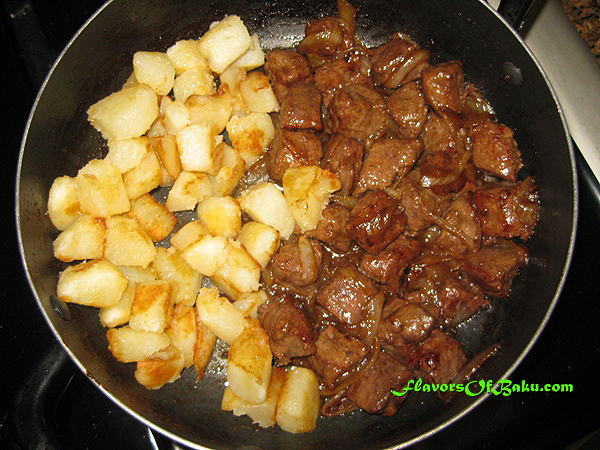