Qutabs (or Kutabs) is a traditional dish of Azerbaijani origins that is made from thin rolled dough that is stuffed with various fillings, and fried over a flat iron plate called “Sadj”, or on a frying pan. There are several variations of this dish, but the ingredients included in the dough are relatively consistent with all types of Qutabs and include eggs, salt, water and flour as the main components. After the dough is created using the main ingredients, the mixture is thinly rolled out and cut into circles. The circles of dough are then filled with traditional Qutabs filling, such as ground meat mixed with an onion, chopped herbs, or pumpkin mixed with pomegranate.
For cooking Pumpkin Qutabs you will need the following Ingredients:
Pumpkin – 450g
Onions – 1 medium
Pomegranate seeds
Sugar to taste
Flour – 2 cups (add if necessary)
Water – 1/2 cup
Egg – 1
Salt 1/3 tsp
Butter

Sift the flour into a bowl. Add the egg, salt and water, and start kneading the dough until it is soft and elastic. Set aside for 20 minutes to rest.
Prepare the stuffing.
Cut the pumpkin into small pieces, and simmer in a little water until cooked and tender. Chop the onion and fry in the butter until slightly golden brown. Add to the pumpkin and simmer together for another few minutes. Lightly mash the pumpkin, add the pomegranate seeds and sugar to taste. 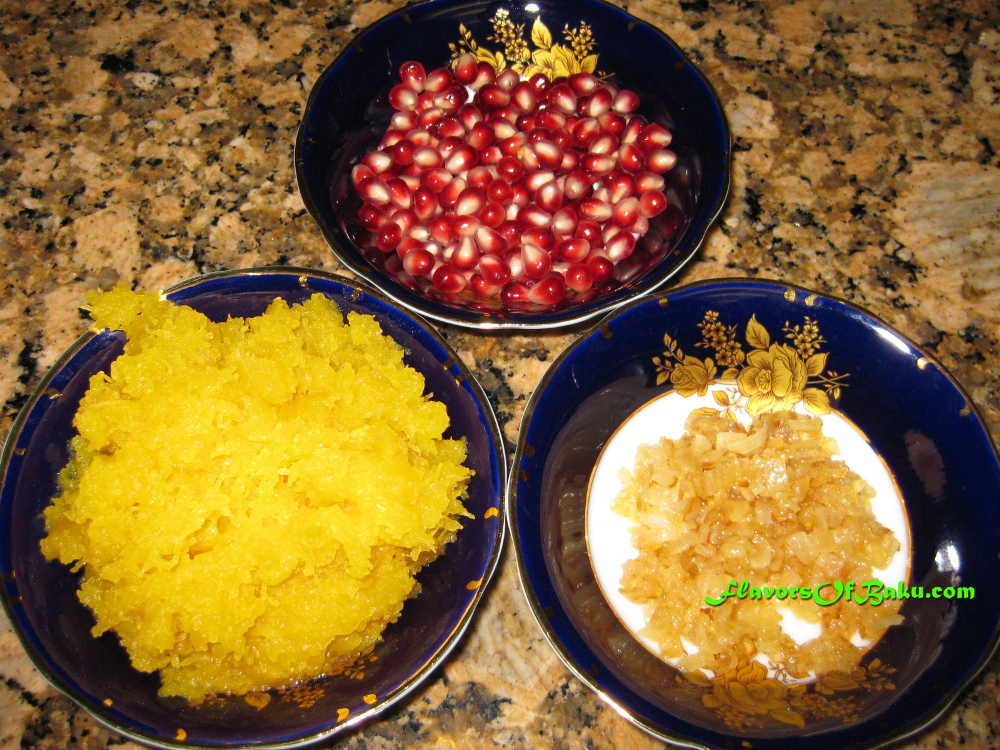 Divide and form the dough into the size of golf balls. Roll out each ball into thin circles, approximately 1-2 mm thick. Spread the stuffing on a half of each circle, fold and cover the stuffing with the other half of circle.
Place Qutabs on the heated frying pan, and fry both sides in the oil or butter, over a medium heat, until golden color. Or you can cook them without oil, until the brown spots appear on qutabs.