DONER-KEBAB homemade-style.
Doner-kebab literally “rotating grilled meat,” is a Turkish dish made of meat or chicken cooked on a vertical spit, then sliced into thin pieces and served wrapped in lavash (tortilla or pita bread) with vegetables  and salad.
There are many variations of Doner-kebab, one of them being a homemade version. 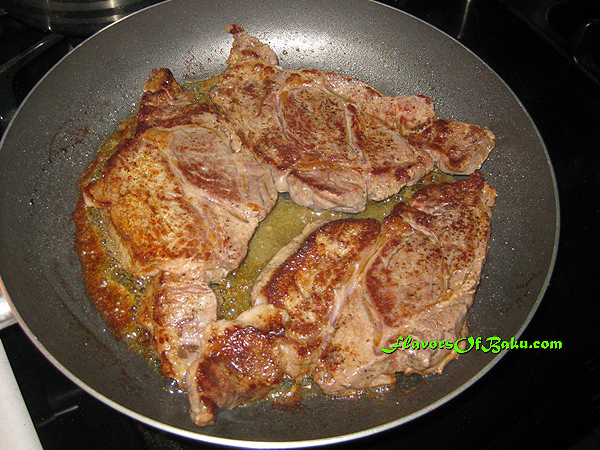 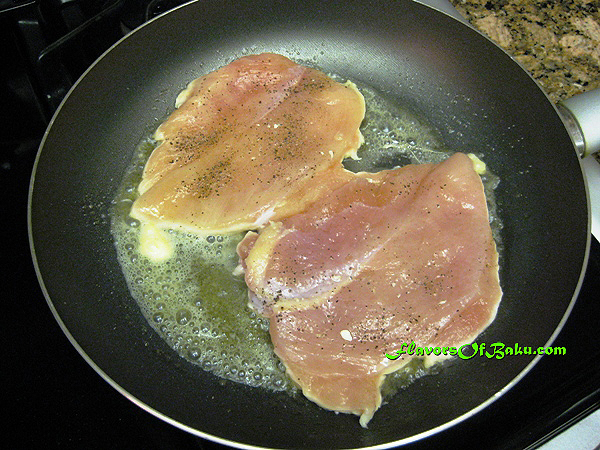 Leave them in their frying pans for about 1-2 minutes. Then take them out of their skillets, place them on cutting board, and slice with a sharp knife into long, thin pieces. 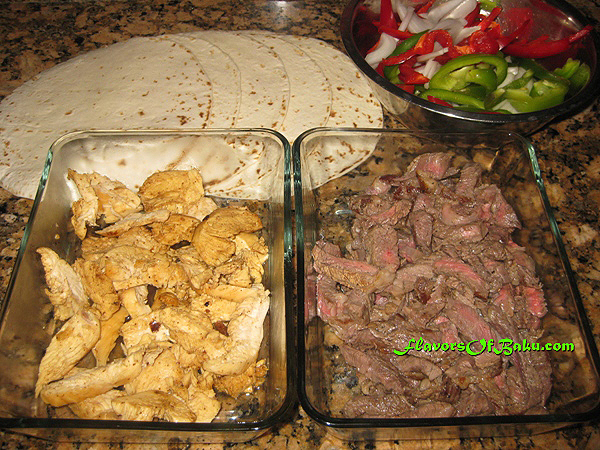 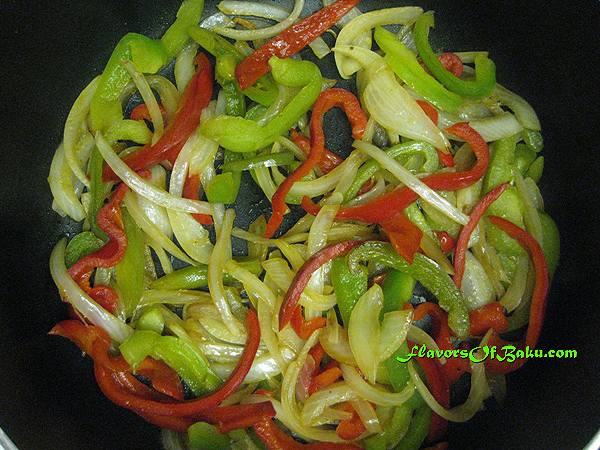 Preparing the lavash in advance.
For this dish, you can either use store-bought lavash (tortilla), or make it yourself.
In a large bowl, mix together the flour, the baking powder, and salt. Afterward, add the oil and water. If needed, add more water or flour and knead the dough until it is soft and doesn’t stick to your hands. Cover the dough with plastic wrap and let it rest for 10-15 minutes. While it rests, the dough will absorb the liquid into the flour and make lavash softer after it’s cooked. Separate the dough into small, golf-sized balls and knead them. Before rolling out the balls into lavash, let them rest for 10 minutes. This will make them easier to roll and shape. Roll out the balls into thin circles approximately 2 mm thick.
Heat a skillet over medium-high heat. Place the rolled dough on the skillet and cook it until it begins to puff up with air pockets, then turn it carefully. Each side should cook for about 30 seconds. Then place each lavash on a plate lined with a kitchen or paper towel. Once they cool down, place them in a plastic bag.

Preparing Doner.
Mix the vegetables with the sliced beef and chicken.
Place about two tablespoons of the mixture on a lavash (tortilla) and wrap it. 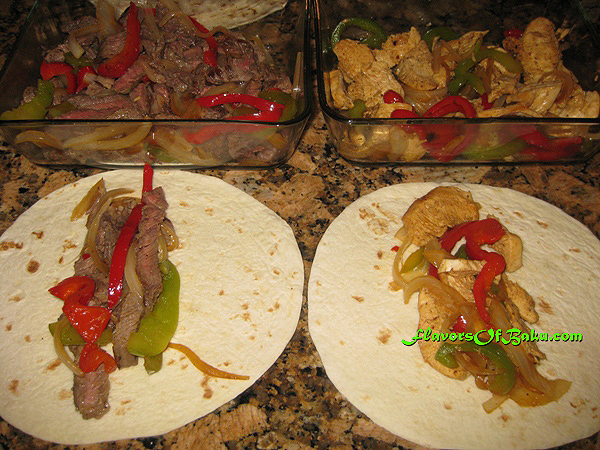 Preheat a skillet on medium-high heat, place the wrapped Doner on it and cook it lightly it on both sides. 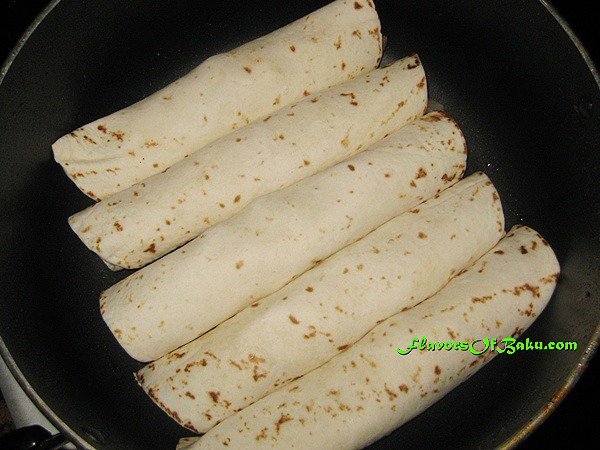 Preparing the Salad.
For the salad, finely chop the tomatoes, cucumbers, the onion, and cilantro (you can also add pickled cucumber to taste), season with salt and pepper, and stir. 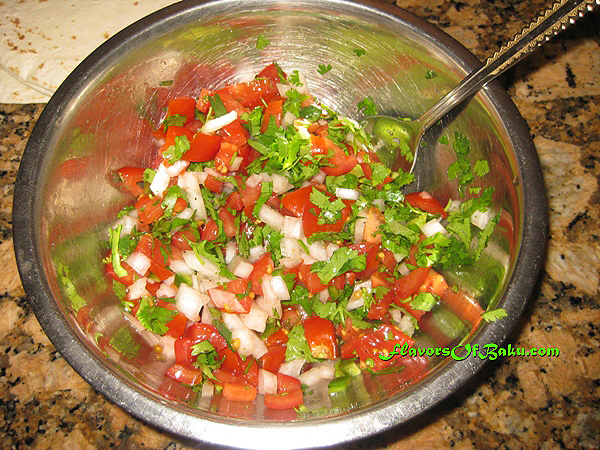