Badimjan Dolmasi is probably one of the most popular forms of dolma in Azerbaijan. It is served during every special occasion, often in a colorful trio combination consisting of a red tomato, a green bell pepper, and a purple eggplant. Usually, all three are cooked at the same time and stuffed with meat and herbs such as cilantro, mint, and dill. Badimjan Dolma is simmered in its own juices and is served with a yogurt-garlic sauce. Each region in Azerbaijan has its own style of cooking Badimjan Dolmasi.
The recipe below is for Nakhichevani-style Badimjan Dolmasi with the lepe in the stuffing. Lepe is an Azerbaijani word for a split chickpeas. There is one more difference between Nakhichevan style dolma and Baku style dolma, the meat is not grounded, it is chopped into a very small pieces.
The same style of Azerbaijani dolma had been prepared in the ancient Iravan Khanate, and the recipe is known only by descendants, who live in Baku and transmit authentic recipes from generation to generation. 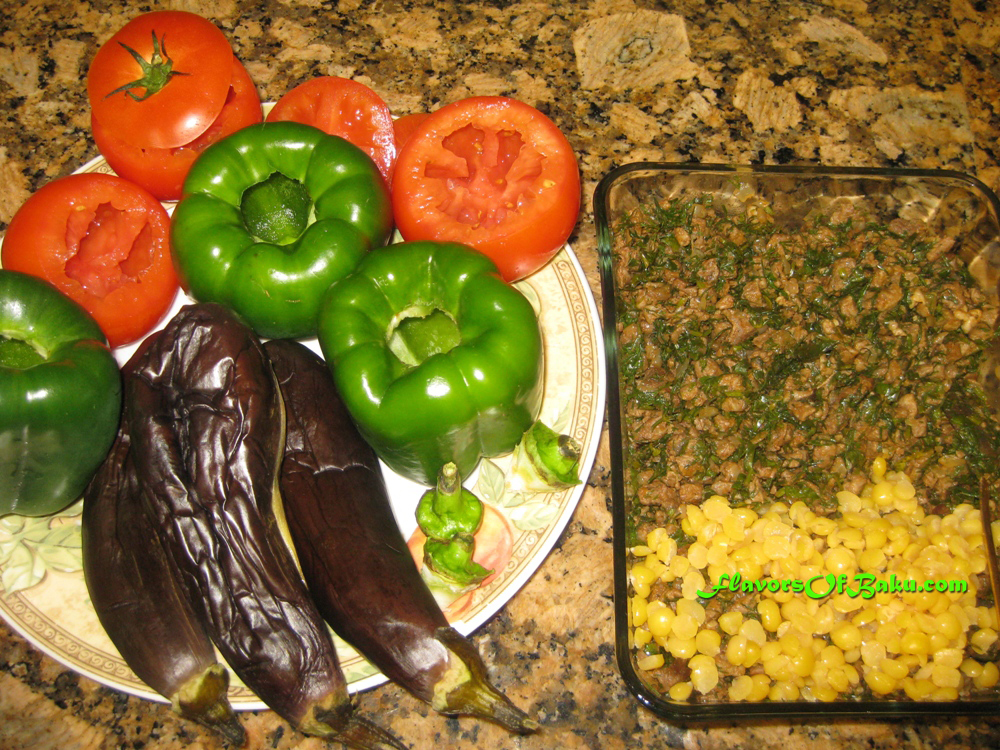 Cut a long slit down the middle of the eggplants, being careful not to cut them too deep to the bottom. Sprinkle some salt inside of each eggplant and let it sit for 30 minutes to get rid of the bitterness, then rinse out the salt. Another option is to cut the eggplants down the middle, place them in salted, boiling water, and blanch them for 5-10 minutes. Afterward, move the blanched eggplants onto a plate, place something on top of them (such as a plate) to squeeze the water out of them, and let them cool.
Cut the tops off each bell pepper and set them aside to use as lids. Remove the seeds and ribs from inside the peppers.
Cut the tops off each tomato (like the bell peppers) and set them aside to use as lids. Scoop out the tomato flesh with a spoon and save it for the stuffing. 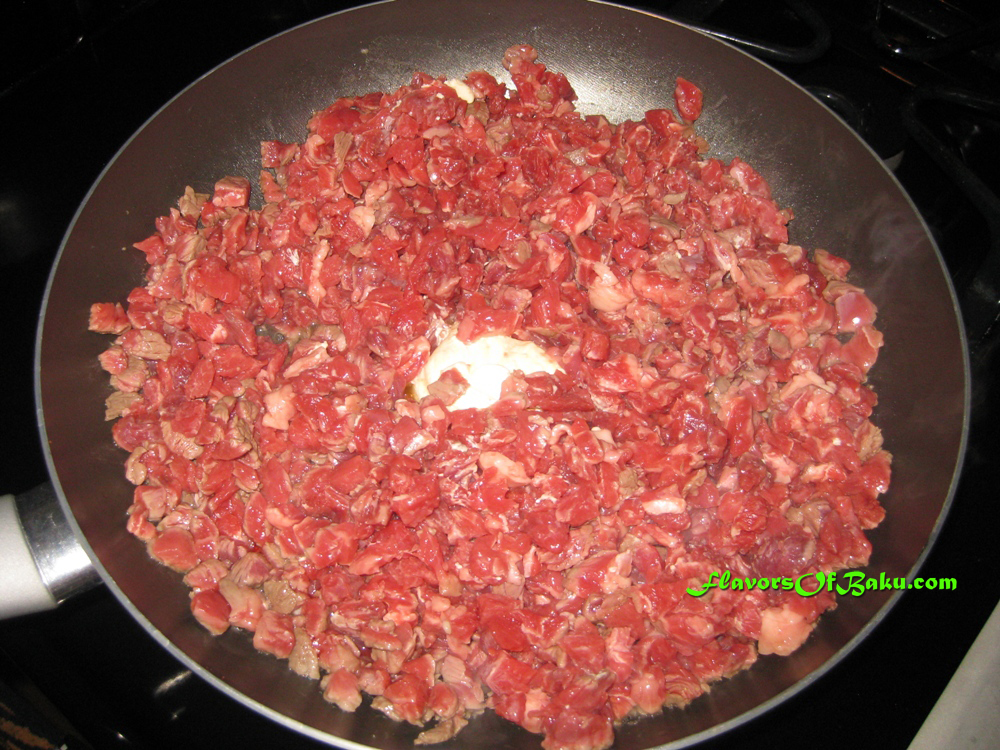 Chop the meat and onion into a very small pieces. Cook meat in a skillet, by stirring until the liquid has evaporated and meat is well cooked. Add the onion and cook for 5 more minutes, stirring occasionally. Add salt, pepper, precooked split chickpeas, chopped herbs and half of the tomato flesh and mix well. Add butter or oil if needed. Remove the stuffing from the heat and let it cool. 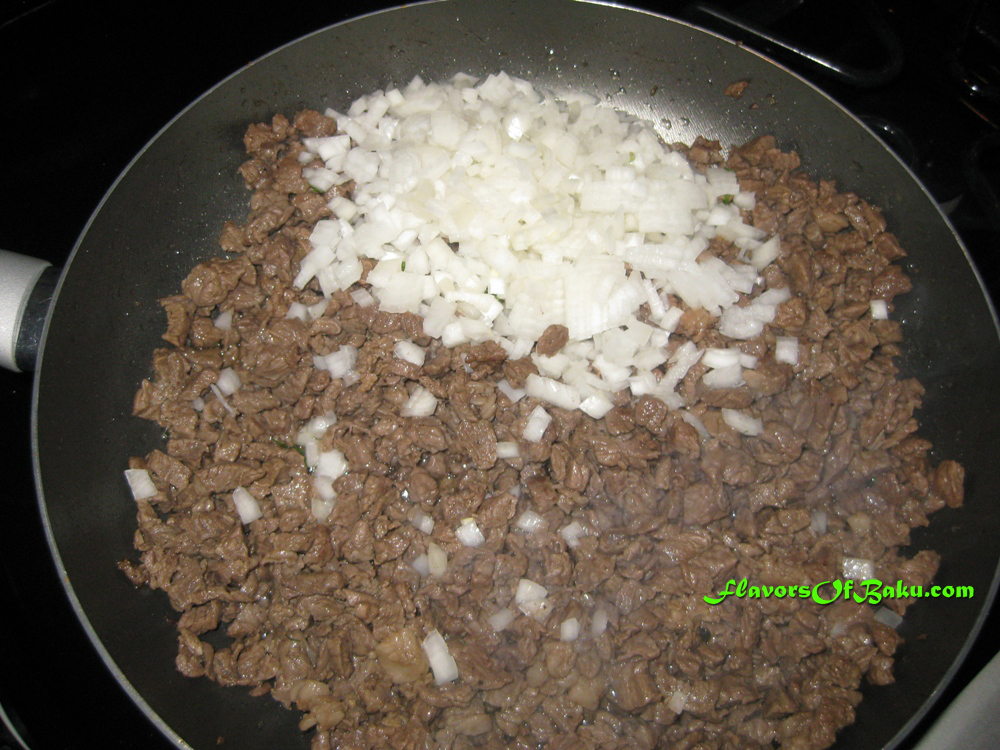 Preparing dolma.
Fill the vegetables with the stuffing and place them side by side in the saucepan or a deep frying pan, stuffing side up. Pour the remainder of the chopped tomato flesh and butter around the vegetables. Cover the pan with the lid and simmer for an hour over the low heat, until the vegetables are tender.
Serve the dolma with a mixture of plain yogurt and crushed garlic.