BADIMJAN DOLMASI (Uch Baji) – Stuffed Eggplant, Pepper and Tomato Dolma.
Dolma usually refers to a stuffed grape leave, but there are many other forms of it in Azerbaijan, such as eggplant, tomato, pepper, cabbage, and quince dolma. Occasionally, you will even find dolma stuffed with potatoes, onions, or cucumbers.
Badimjan Dolmasi is one of the most popular types of dolma. It is served during every special occasion in a colorful trio consisting of a red tomato, a green bell pepper, and a purple eggplant. The trio is known as Uch Baji (three sisters). Usually, all three are cooked at the same time and stuffed with meat and herbs such as cilantro, mint, and dill. Badimjan Dolmasi is simmered in its own juices and is served with a yogurt-garlic sauce.

Preparing the stuffing.
1. Mix the ground meat with finely chopped or ground onion. 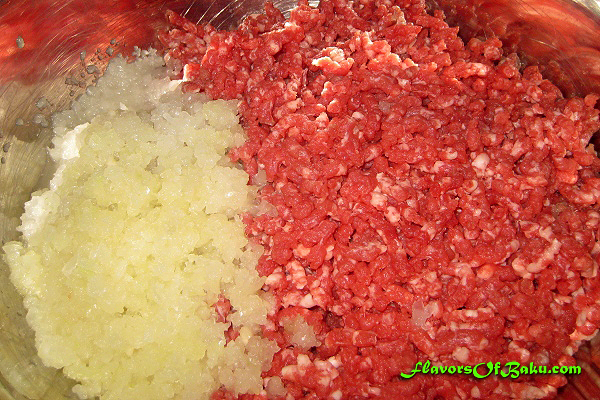 2. Cook the meat in a large pot or skillet over medium heat. Stir continuously until it is well done. 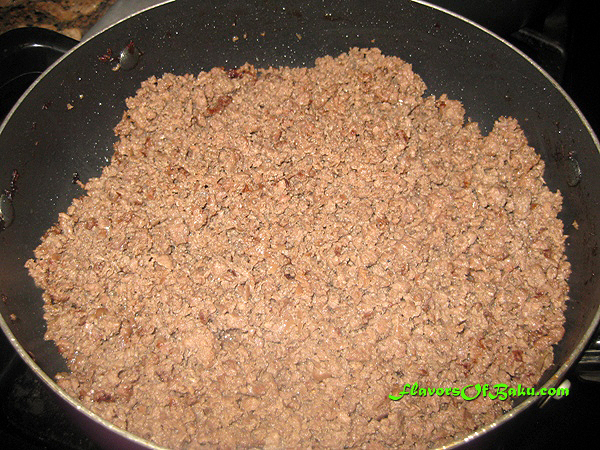 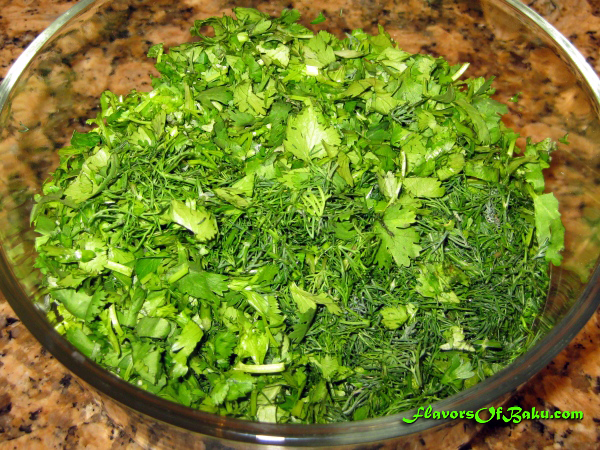 4. Add salt, pepper, chopped herbs, and half of the tomato flesh to the meat, and mix well. Add butter or oil if needed. Remove the stuffing from the heat and let it cool. 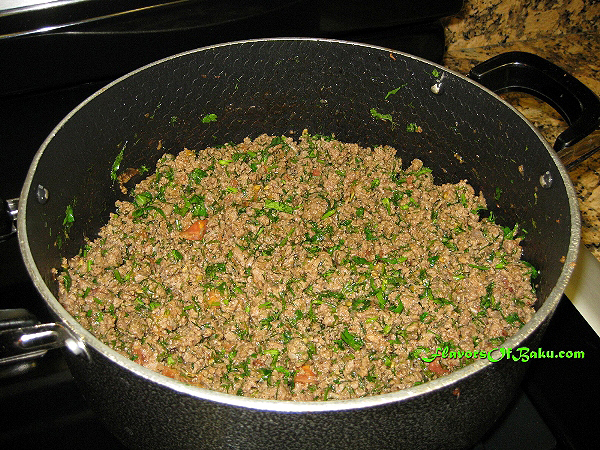 Preparing dolma.
1. Fill your vegetables with the stuffing. 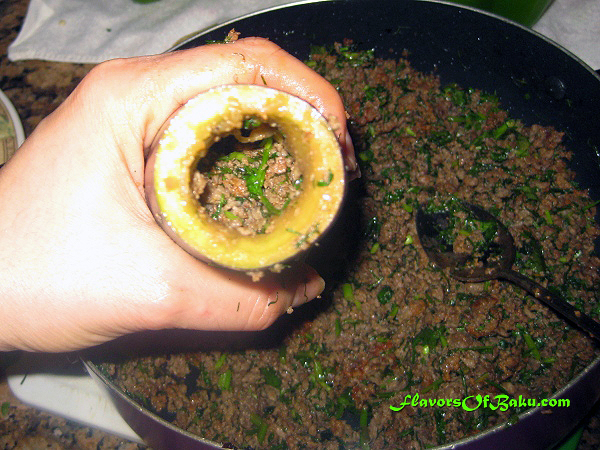 2. Cover the top of the peppers and tomatoes with their lids, or you can swap their lids (as shown in the picture) to make the dish more colorful.
3. Place the vegetables side by side in the saucepan or a deep frying pan, stuffing side up, and pour the remainder of the chopped tomato flesh, and 1/2 cups of hot water or beef stock. 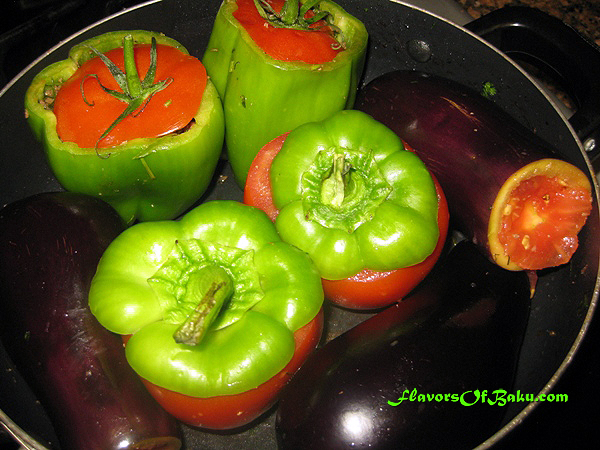 3. Cover the pan with a lid and cook over low heat until the vegetables are tender. Watch your vegetables so that they don’t overcook and become mushy.
Serve the dolma with a mixture of plain yogurt and crushed garlic.

Another variation of cooking this dolma is here:
https://flavorsofbaku.com/portfolio-view/uch-baji-dolmasi/