SACIVI (CHICKEN IN WALNUT SAUCE).
It tastes better than it looks!
“Every Georgian dish is a poem.” – Alexander Pushkin (famous Russian poet)
Sacivi is another Georgian dish popular in Baku. It is a chicken dish with a thick sauce containing onion, garlic, walnuts, spices and herbs.

Note: without spice “khmeli-suneli” the dish will lose its characteristic flavor.

Preparation:
Rinse the chicken and place it in a pot. Cover the chicken with cold water and bring to a boil. As it comes to a boil, skim the foam off. Reduce the heat to low, add salt, bay leaf, and simmer until chicken is cooked. 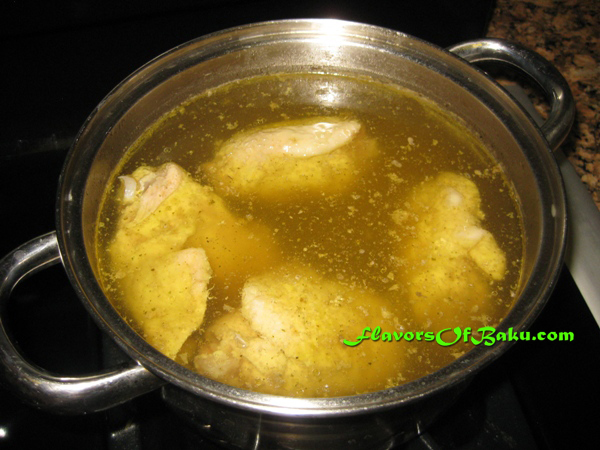 When the chicken is done, remove it from the pot, and separate the meat from the skin and little bones.  Discard the bay leaf. Strain the chicken stock and set aside.
Prepare the onion and walnuts for the sauce.
Grind the onions. Remove the chicken fat from the top of the stock and put it in the skillet. Warm the skillet and add the onion to the fat, mix well and cook over low heat, until the onion is golden-brown and soft. Add butter if needed. 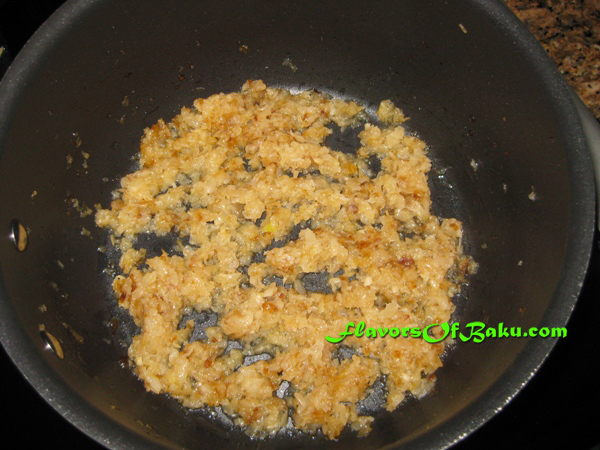 Grind the walnuts. Squeeze some walnut oil using cheesecloth, into a separate bowl, and set aside for later use.
Put the peeled clove of garlic in the garlic press and squeeze.
Place the garlic, walnuts, flour and khmeli-suneli in the skillet with the onion, and mix well. 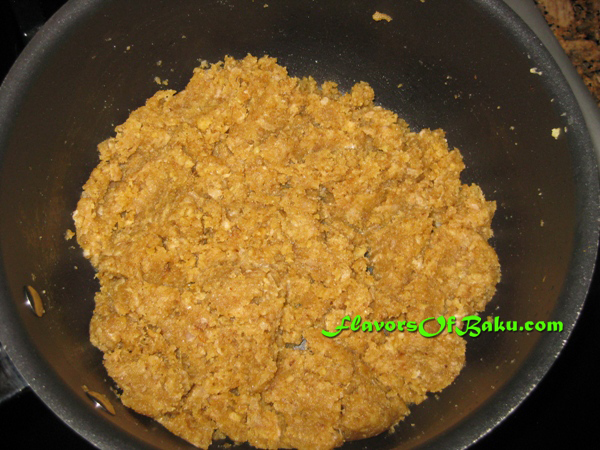 Gradually add the stock into the walnut mixture, stirring until you get a smooth semi-liquid sauce. It should not be thick. Bring the sauce to a boil over low-medium heat, stirring constantly. Turn of the heat, add the vinegar to the sauce and some salt and pepper to taste. 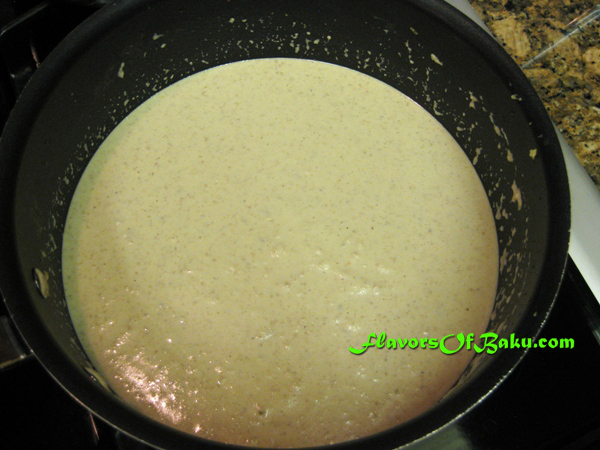 Place the chicken on a serving plate, and pour the sauce over the chicken. Let the sauce to cool down, and decorate the dish with a chopped cilantro and walnut oil.
Serve Sacivi either warm or cold.