EGGPLANT KHOYAGUSHT (eggplants with eggs)
Mountain Jews are well known for their delicious cuisine. The unique recipes of many dishes have been passed down from generation to generation.
Many of their dishes have been influenced by Azerbaijani cuisine and often share almost the exact same names as their Azerbaijani counterpart. Byugleme (Buglama), Kyurze (Gyurza), Khashil, Osh (Pilaf), Dugovo (Dovga), Khayle (KyuKyu), Dolma, Chudu, and Ingar (Khingal) are only some examples of such dishes.
The Mountain Jews have their own strictly national dishes as well, such as Yarpagi–cabbage leaves stuffed with meat, or Khoyagusht–a dish made of meat, eggs, and chestnuts.
The recipe of the Eggplant Khoyagusht offered below has an incredibly delicate taste and will just melt in your mouth.

Preparation:
1. Peel the eggplants and slice into stripes approximately 1.5″ x 0.5″ (4cm x 1.5cm) thick.
2. Set them in a colander over a bowl and sprinkle with 1 tbsp. of salt.
Toss the stripes to distribute the salt evenly, then leave for 30 minutes, this helps to leach out the bitterness. 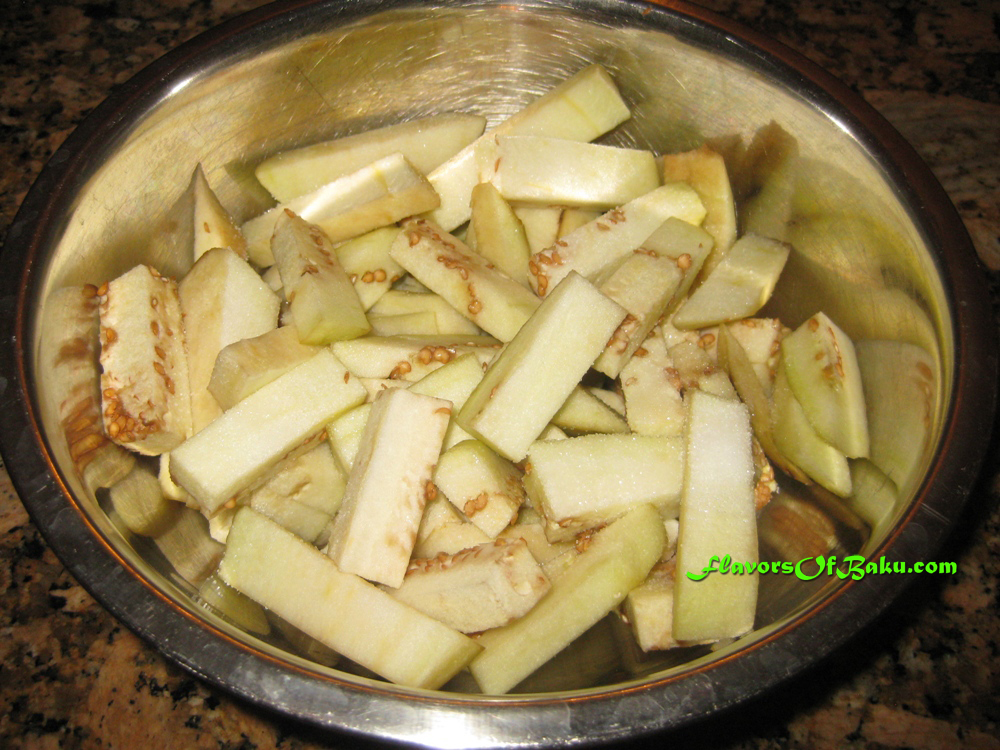 3. Push the eggplant stripes against the side of the colander lightly to remove remaining juices. Place them in boiling water and simmer for 5 minutes. Drain eggplants in a strainer or colander.
4. Peel the onion, cut it in half, and slice into thin half-rings.
Add butter into a pan and fry the onion over low heat until it’s soft. 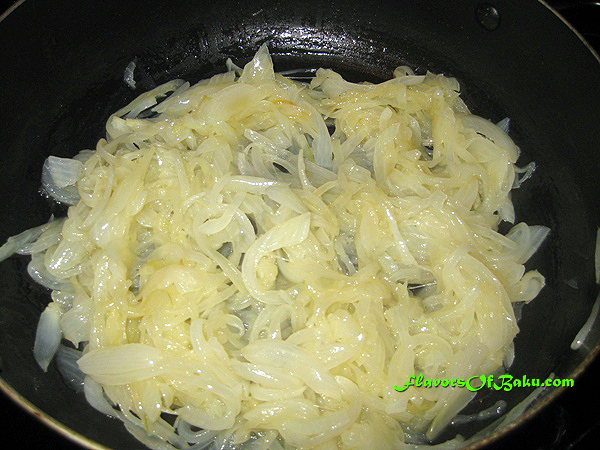 5. Add eggplants to the onion and simmer them together for a few minutes. Stir frequently.

6. Beat the eggs in a bowl, and add salt and pepper to taste. 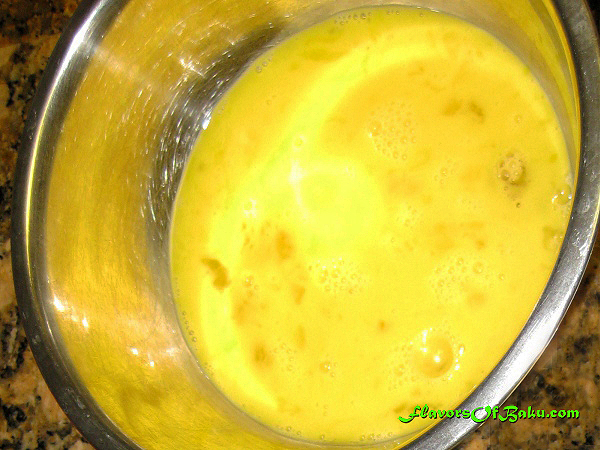 7. Pour the eggs over the eggplants, stir well, and spread the mixture evenly across the pan.
8. Cover the pan and cook over a low heat until the eggs cooked through and set. Then turn off the heat and leave Khoyagusht for a minute in a pan to absorb all the butter.
9. Cut into portion size pieces and serve warm.