BOZARTMA (LAMB STEW).
The word “bozartma” is an Azerbaijani word derived from the Turkish word “bozartmaq”, which means cooked (boiled) chunk of meat. It is a national Azerbaijani dish; a kind of stew made with lamb meat and vegetables.

Preparation:
Lamb shanks come from the lower section of a lamb’s leg. Because of its texture, a lamb shank needs to be boiled, steamed, or roasted for a long time before it’s fully cooked.
Pour the butter or olive oil in a saucepan large enough to fit all your shanks and lightly fry them on all sides over medium heat.

Then, remove shanks from the saucepan and set them aside.
Peel the onion, cut it in half, and slice it into half-rings. Place the sliced onion into the saucepan where you fried the shanks and fry over low heat until it’s lightly golden.
Cut the tomatoes into large pieces and place them into the saucepan on top of the onions. 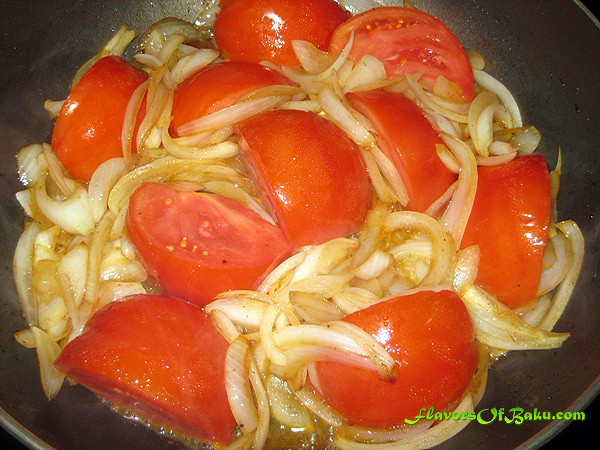 Cover the pan and simmer for 5-10 minutes until the tomatoes are soft enough and their skins can easily be removed.
Place lamb shanks into the saucepan, add one cup of broth or hot water (tomatoes and lamb will release their own juice as well), season with salt and pepper, cover the pan with a lid, and simmer over low heat for about 3 hours or until the lamb is cooked and tender. 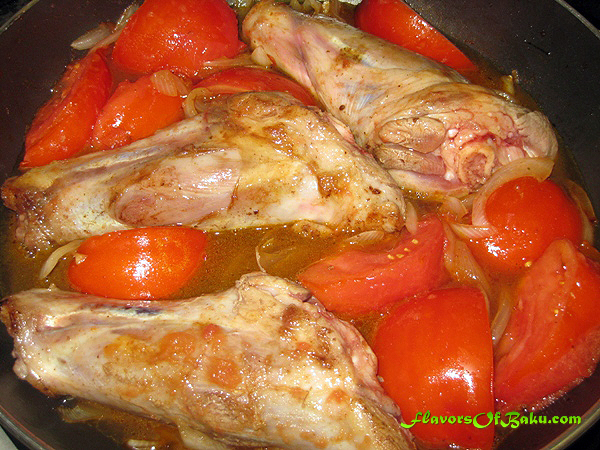 Peel and cut the potatoes into large pieces and place them into the pan along with chopped bell pepper and herbs. 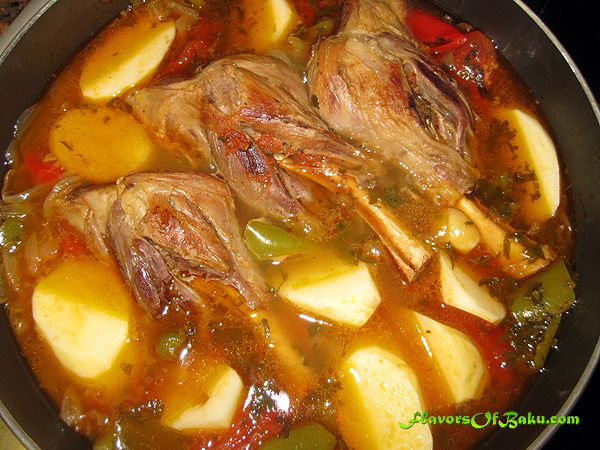 Continue simmering covered until the potatoes are cooked through. 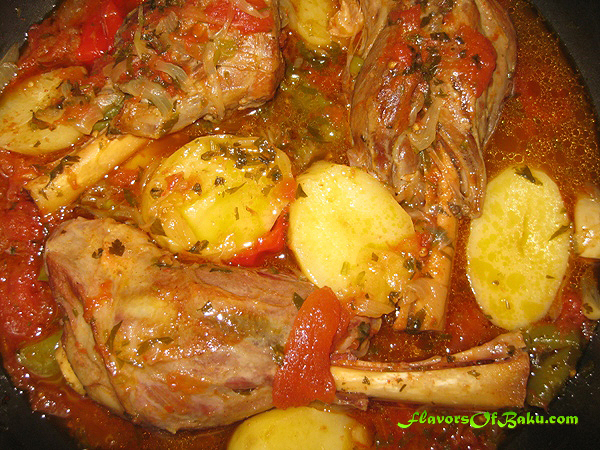