Preparation:
Preparing Bell Peppers.
Wash bell peppers, tomatoes and herbs.
Cut the top parts of the bell peppers and set aside to use them as lids. Then remove the seeds and ribs from inside the peppers. 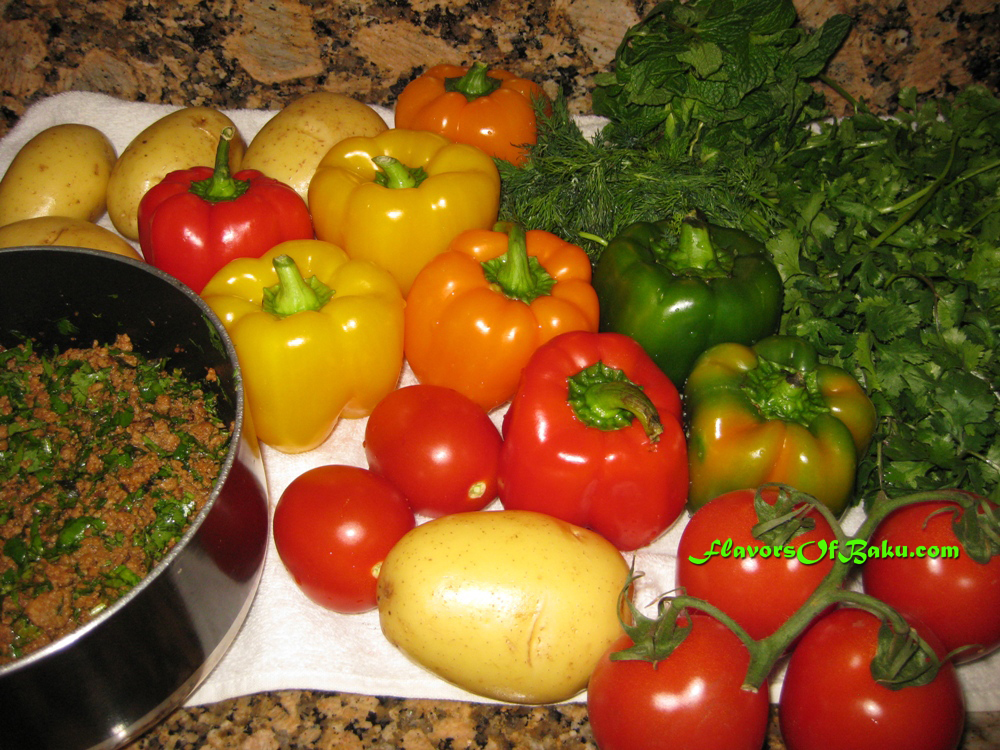 Preparing Stuffing.
Cover tomatoes with boiling water. Leave them in the water for one minute. When the skin starts cracking, remove tomatoes from the water with the spoon and place in a bowl of ice-cold water. Let them chill for a minute, then peel their skin off, and chop them.
Mix the ground beef (or lamb) with finely chopped or ground onion.
Cook the stuffing in a large pot or skillet over medium heat. Stir continuously until it is well done. After the meat is done cooking, add salt, pepper, chopped herbs, and half of the tomato flesh and mix well. Add butter or oil if needed. Remove the stuffing from the heat and let it cool. 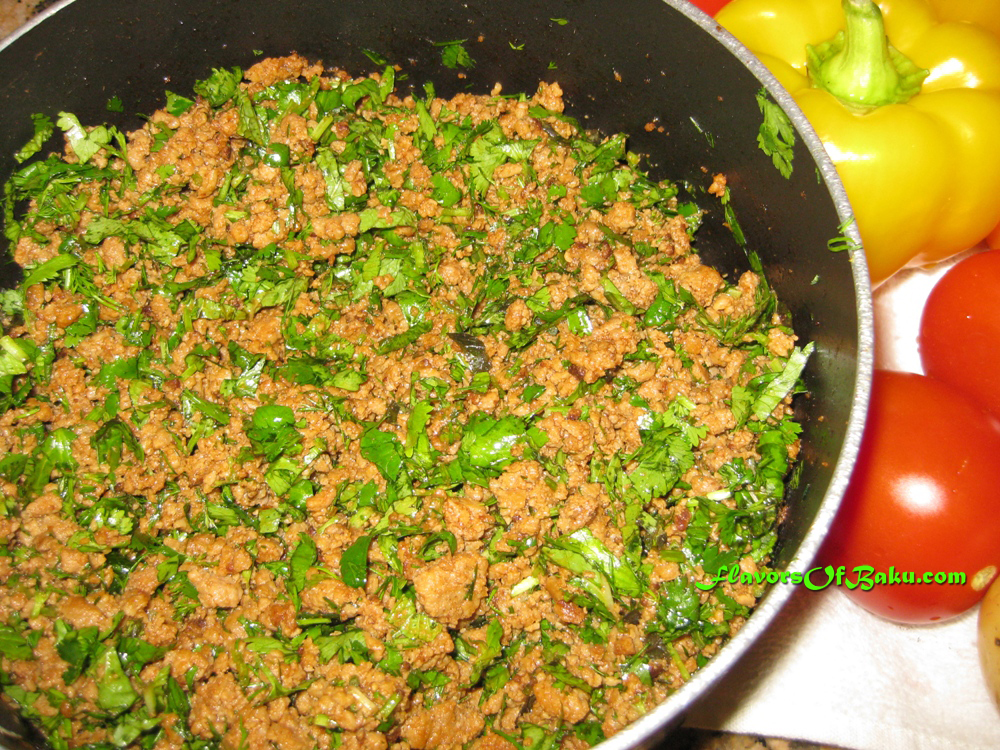 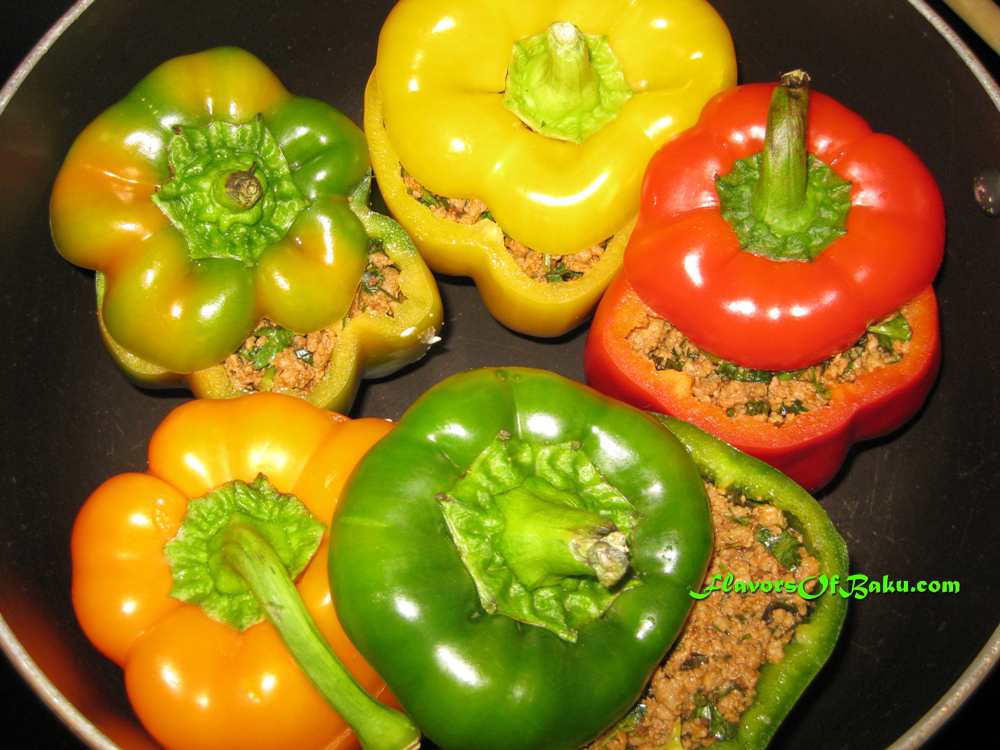 Place the peppers side by side in a deep baking pan, stuffing side up and pour the remainder of the chopped tomato flesh and butter around them. Preheat the oven to 300°F (150°С) and bake the dolma until all the peppers are tender and cooked through. 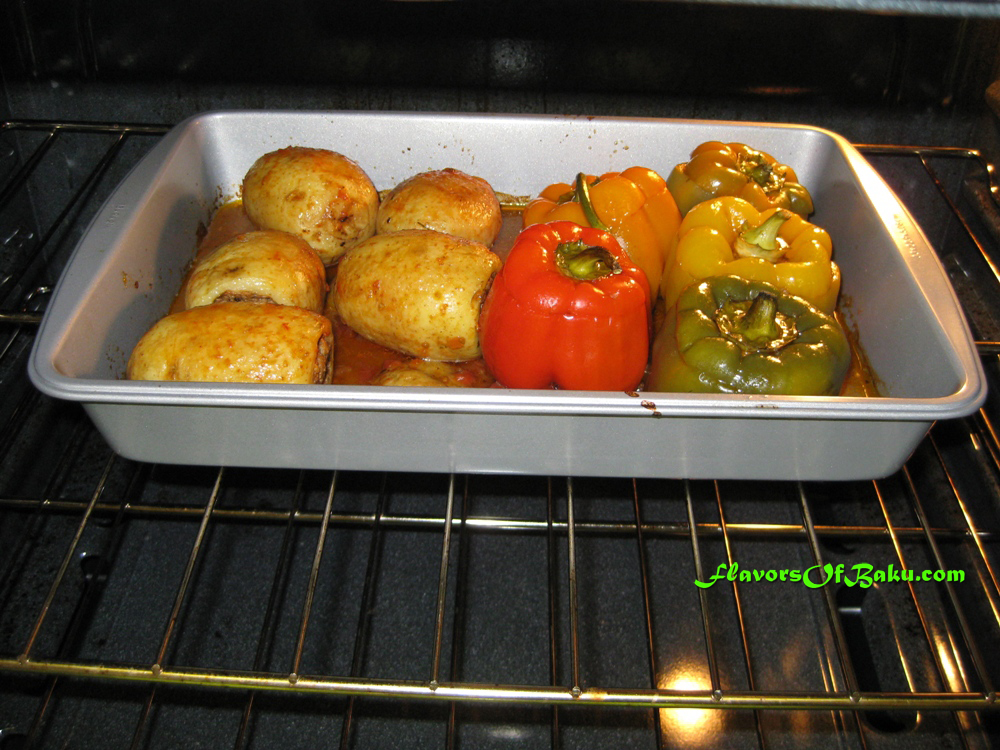